A Long Legacy of Commitment

With over 130 years of continuous service, ScottHulse is one of the most distinguished professional institutions in the U.S./Mexico border region. Established in 1889, the Firm has developed and sustained a wide-ranging practice that encompasses all types of civil law .

The Firm originated in 1889, when William Henry Burges Jr. (1867-1946) opened a law office in El Paso following his graduation from the University of Texas School of Law in Austin. Mr. Burges, for whom El Paso’s Burges High School is named, is the subject of a biography: Texas Lawyer – The Life of William H. Burges. In that book, El Paso in 1889 is described as a frontier city of about 10,000 population, the county seat of El Paso County, a railroad center since the arrival of the railroads in 1881, and the epitome of the “wild west” with open gambling, saloons, and more than its quota “of Indian fighters, ex-peace officers, gunslingers, prospectors, range riders and similar characters who were a hard lot.”

In the late 1800’s the local Bar – legal bar, that is – included not only respected lawyers like Mr. Burges, his brother, Richard F. Burges, and W.W. Turney, but also the likes of John Wesley Hardin. A notorious Texas gunfighter, Hardin attempted to practice law in El Paso after his release from prison and prior to his death by gunshot in 1895.

Over the last century, ScottHulse has grown from one attorney to one of the largest, continuous legal practices in the region. The Firm now occupies three floors of the Chase Bank building in El Paso, plus offices in Las Cruces, New Mexico and San Antonio, Texas.

The commitment of ScottHulse’s shareholders is best exemplified by the fact that the senior partner, Richard Munzinger, has been practicing law with the Firm for almost 50 years.

ScottHulse and its clients have also benefited from stability in leadership. A number of ScottHulse’s senior shareholders have been with the Firm for more than 30 years, and many started their legal careers with the Firm. This continuity has enabled the Firm to cultivate long-term relationships with clients, develop deep understanding of our clients’ needs, and develop superior knowledge of the U.S./Mexico bi-national marketplace.

ScottHulse is dedicated to serving the U.S./Mexico border region for many years to come while sustaining its tradition of and commitment to integrity and excellence in its legal work.

''Our firm has represented some of our clients for several generations. A client is a law firm's most highly valued asset, and commitment to long-term relationships is the only way to preserve that asset.'' 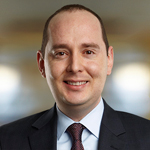