The El Paso Museum of Art Foundation is pleased to announce the election of David Bernard as Board Chairman. He succeeds Jack Maxon, who served as Chairman for the past eight years and who will remain on the Foundation Board as Capital Campaign Committee Chair. Mr. Bernard will serve through 2014. 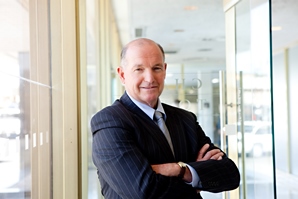 David Bernard is currently President and Chair of the Board of Directors of ScottHulse PC, an El Paso based regional law firm with offices in El Paso and Las Cruces. He has been board certified in commercial real estate law by the Texas State Board of Legal Specialization since 1983. He received a Bachelor of Science degree with honors from The United States Military Academy in 1971 and a Doctor of Jurisprudence with honors in 1976 from the University of Texas School of Law, where he was associate editor of the Texas Law Review. He served in the U.S. Army from 1971 to 1979, first as a small unit commander with the 4th Infantry Division, and later as a trial counsel in the Judge Advocate General’s Corps. He has participated in many civic organizations in the Borderplex region since joining ScottHulse PC in 1979, including the executive committee and as general counsel of the Greater El Paso Chamber of Commerce, president of the Board of Directors of St. Clement Episcopal School, Chancellor of the Episcopal Diocese of the Rio Grande, and the executive committee of the Paso del Norte Group. He is one of the founders of Borderplex Community Trust, an El Paso based real estate investment trust formed in 2006 which is heavily involved in redevelopment efforts in downtown El Paso, and has served as a director of the company since its inception. His Firm was the presenting sponsor of the Monet to Matisse exhibit at EPMA in 2011 and a co-presenting sponsor of the recently concluded Rembrandt, Rubens and Golden Age Painting in Europe 1600 -1800 exhibit at EPMA. He and his wife Diane, the former Diane Egbert, have two children, Rachel Bernard of Denver, Colorado and Elliott Bernard of El Paso.

The El Paso Museum of Art Foundation Board is also pleased to announce the following elected officers of the Board: Katherine Brennand, Vice-Chair; Jackson Curlin, Treasurer; and Rebecca Krasne, Secretary.

ScottHulse is a full-service law firm with offices in El Paso and Las Cruces. ScottHulse attorneys have represented individuals and major participants in the commercial and industrial sectors of the El Paso, Juarez, and Las Cruces borderplex since 1889. Today, ScottHulse attorneys are involved in client and community initiatives that are transforming the Borderplex into the most dynamic commercial center in the Southwest and the epicenter of U.S./Mexico trade.