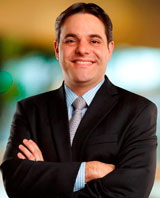 Jose Luis CarbonellBusiness attorney Jose Luis Carbonell, a shareholder and a member of the Firm’s board of directors, will head up the firm’s San Antonio office. Initially, the ScottHulse San Antonio office will focus on services related to corporate and securities matters; international and cross-border business, including export control and import control; manufacturing; mergers and acquisitions; banking and finance; real estate; immigration; and aerospace, defense and government services.

“Our presence in San Antonio and its close proximity to Austin, Houston and major industrial centers in Northeastern Mexico will enable us to better serve both U.S. and foreign businesses that are expanding across Texas and internationally,” said ScottHulse Chairman David Bernard. “Jose Luis’s broad skill set and business experience, combined with his deep knowledge of international business and cross-border transactions, make him the ideal person to lead our entry into San Antonio. It was also important to us that a shareholder assume this key leadership role.”

Mr. Carbonell has relocated to San Antonio and will maintain dual offices in San Antonio and El Paso in order to fulfill his role as head of the firm’s business section and its international practice group. A graduate of St. Mary’s University, Mr. Carbonell also earned his law degree and masters of business administration (MBA) from St. Mary’s.

“I am excited about returning to San Antonio,” said Mr. Carbonell. “It is a great, dynamic city that is strategically located at the intersection of the San Antonio/Austin corridor and the U.S./Mexico trade corridor, both of which are experiencing strong continued growth. We want to be responsive to the needs of businesses, both large and small, that are contributing to that growth.”